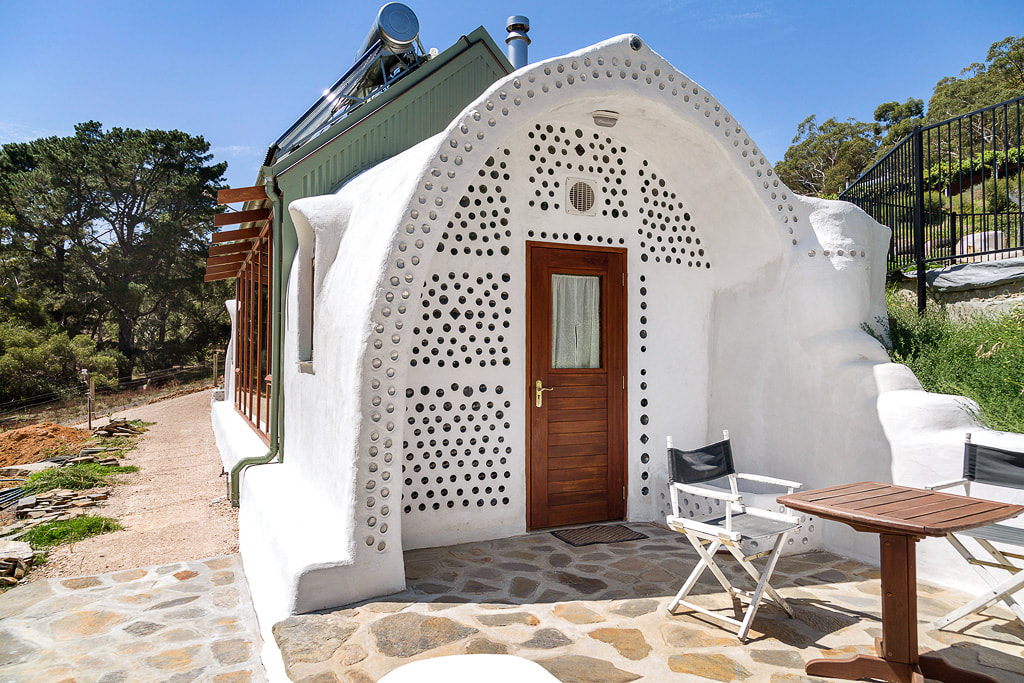 Off-grid living is on the rise. As the effects of climate change become more visible and more people take an active interest in the fate of our planet, an increasing number of Australians are trying to live sustainably. And for many homeowners, the path to sustainable living has taken them off the grid.

Living off the grid means residing in a home that is disconnected from regular utility supplies such as electricity, water, and waste disposal, and which functions independently by meeting these needs itself. Ingenious designs incorporating technology such as solar panels, sewage recycling systems and rainwater collection tanks make it possible for off-grid dwellers to maintain a good standard of living without relying on utility suppliers whose services are often provided unsustainably and at high cost.

The long-term cost savings that off-grid living offers are another source of its appeal. Though the initial set-up cost is high, a typical four-person household can expect to see savings of between $2,000 and $4,000 per year upon taking their home off the grid. And technological advances are steadily making the cost of building off the grid houses less prohibitive.

As house prices continue to increase across the country, it’s likely that we’ll see a growing number of Australians choosing this way of life. It’s believed that around 2% of Aussies live off the grid [1] already, and this number is growing.

But is it entirely legal? Off grid laws in Australia can seem confusing, or even inaccessible, and the degree of uncertainty this creates sometimes deters people from making the leap. But we’re happy to inform you that the law is actually much clearer than you might think.

Is It Illegal to Live Off the Grid in Australia?

In a word, no! If somebody wants to separate their home from the national energy grid, it is entirely legal. Though it’s still not all plain sailing, there’s nothing in Australian law that prevents people taking their homes off the grid.

However, complications can arise when it comes to obtaining planning permission and permits for the necessary renovations or building works. As with any construction project, you must first secure permissions and permits from the relevant local council, and some councils have proved to be more obstructive than others.

If you want to avoid this step, there is also the option of purchasing or renting land in a ‘no permit zone’ – an area that doesn’t require permits in order to be built or lived on – however you should do thorough research on the surrounding area and seriously consider the potential impracticalities before you commit to building your home there.

No permit zones tend to be extremely remote. While that may be fine if you’re capable of becoming entirely self-sufficient (in which case your plot will need to produce food in addition to energy and water) and embracing a life of relative isolation, it could make day-to-day life impossible if you crave a sense of community or require ongoing access to the amenities of a town. For instance, if a member of your family needs to go to school, or if your household’s daily food requirements exceed the amount you can naturally produce, living so far away from civilisation would be highly impractical.

Whether you live in a no-permit zone or not, it’s also worth noting that Australia has some building regulations that are specific to off-grid projects. (It’s particularly important to remember this if you’re planning to undertake some of the building work yourself). One such example is in the installation of high-volume batteries which store the electricity generated through solar systems, for which there are many standards and regulations that differ from those of conventional grid-connected installations.

Does It Matter Which State You Live In?

Contrary to popular misconceptions, it doesn’t matter what state you’re in. Building an off grid house is legal everywhere in Australia – provided you meet all of the necessary building regulations and acquire those pesky permits.

But it’s true that some states have embraced off-grid living more than others. Politicians and network operators in South Australia, Western Australia and Queensland have all expressed interest in detaching housing estates, neighbourhoods and even towns from the electrical grid [2] as part of a bid to boost renewable energy usage.

In fact, one of Australia’s most famous off-grid dwellers is based right in the heart of Sydney. Michael Mobbs first began the process of taking his inner-city home off the grid almost 25 years ago, and has been a passionate advocate of off-grid living ever since. The former lawyer has given tours of his home (complete with guidance on how people can go off the grid themselves) to thousands of visitors, and has been known to advocate on behalf of potential off-grid dwellers facing restrictive planning conditions.

And Victoria is also an active hub of off-grid living. It’s home to an array of fascinating settlements, including an entire community near Castlemaine [3] that has been living off the grid since 1967 and is still thriving today. On top of this, Victoria is home to Australia’s biggest off grid living festival, held annually at Centennial Park, Eldorado.

So Off-Grid Laws in Australia Aren’t so Bad?

As it happens, they’re not. In terms of off grid laws, Australia is pretty liberal.

Acquiring planning permission and permits from the council may sometimes be a pain, but there is nothing in the law to prevent you living off the grid. And once you’ve obtained them, you really are free to go.