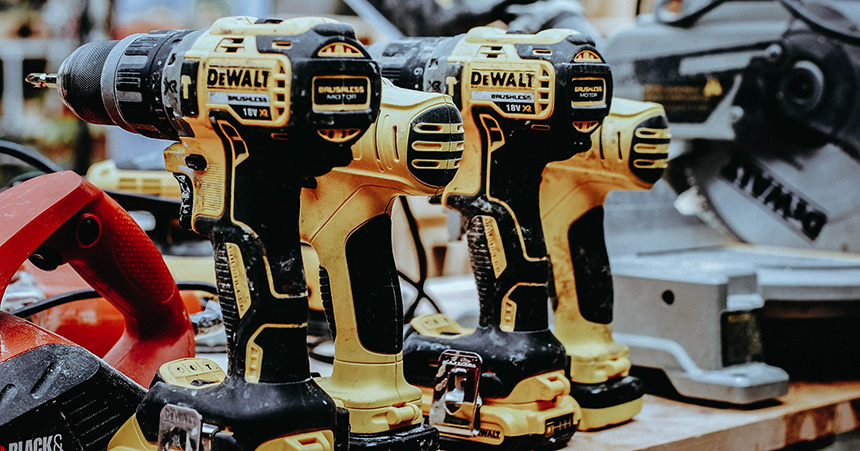 The power tool industry is becoming more competitive as new companies sprout daily. This industrial growth is all thanks to fast-paced advancements in technology. More companies are producing these tools now, but two stand out: the Makita and Dewalt.

With the constant comparison between these two, with tools like the best cordless drill in Australia, one tends to wonder if they are the only companies in the industry. But, what makes these tools so popular? What features do they possess? Is Makita better than DeWalt? I wrote this article to answer these questions, so read on.

These companies are the top two in the production of power tools. They are popular because they produce tools across every category. Discussing all the categories in this article would be a tall order and, given the space available, impossible. But do not get disheartened, as we would be discussing the most popular categories, which should contain your tools of choice!

One remarkable difference between both tools producing companies is their reputation for quality and pricing. Of tools in the same category, Makita generally has higher pricing than DeWalt.

So what’s the reason for this price disparity? First, let us compare the products in each category.

In this category, choosing a favourite might be a tad difficult for you as both have excellent deep drill line-ups. However, you have no worries when choosing what’s better, 20V or 40V models. They have perfect choices in both 18V/20V Max and 12V classes.

Since we are taking a smaller sample size, we would be comparing the best hammer drill models from these brands. Statistics from users show that Makita’s XPH14 and DeWalt DCD999 models trump other models in performance. Before we dissect both models, you should note that DeWalt uses a UWO rating rather than the torque [1]. The UWO, known as Unit Watts Out, considers the combined effect of both speed and torque.

Let us discuss the features of both Hammer drills

As opposed to Makita’s 2-speed drill, DeWalt has 3-speed drills. It is also tool Connect ready, which means you need to add the chip for maximum performance. While FlexVolt batteries increase the weight of the drill considerably, it also improves its performance.On the other hand, Makita’s XPH14 drill is just an upgrade from an earlier model XPH07. The major difference between them being a 14% decrease in weight and a 0.1 increase in length. While the standard battery is 5 Ah, you could use a 2.0 Ah battery for this hammer [2].

Both these companies offer both corded and cordless circular saw models. Furthermore, depending on what design style you favour, both companies provide top notch circular saw with rear-handle and sidewinder styles.

No worries, both companies also have an array of cordless and corded track saws for your perusal. Although in this category, Makita trumps DeWalt by developing a sidewinder compatible with guide rail. This style is ideal for individuals that do not fancy the full-out track saw.

Just like we noted in the hammer category, a DeWalt Circular saw fitted with FlexVolt cuts faster than Makita’s saw. However, the cost of this high performance is a higher weight as compared to Makita.

Makita offers more capacity and efficiency with its cordless models of 9/14 inches and corded one of 10 ¼ inches. Besides, the maximum efficiency blade fitted in these brand saws makes cutting operations smoother than DeWalt saws.

DeWalt or Makita – Which is the Best

Back to this question, right? Yeah. The answer to this question depends on what exactly you are looking for. Choosing between them is difficult because both companies always manufacture efficient tools. They both have elegant designs and fit their tools with cutting-edge technology.

Before heading out to shop for a power tool, ask yourself these questions as they would help you streamline your choices;

But generally, if you are looking for a low-cost, reliable drill, then the Makita is perhaps your best bet. But if you prefer your power tools with more power and willing to pay higher, DeWalt is ideal.

Is Makita better than Dewalt? This is one question both professionals and amateurs in the field ask often. Makita and DeWalt are world leaders in the production of power tools.  Hence, choosing between them is a tad difficult.

Above, we have elaborated on the differences between the main categories of tools they produce. This should make choosing the ideal power tool for your needs easier.

Only the cheapest models of Makita power tools originate from china. Japan, the USA, Romania, Germany and UK are the major countries where Makita makes her tools.

Makita, a Japanese-owned corporation founded on the 21st of March 1915, has its headquarters in Anjo, Japan. It has manufacturing plants in Brazil, China, Japan, Mexico, Romania, UK, Germany, Dubai, Thailand and the United States.